Why 45 is going after Russian experts in Organized Crime


Bruce Ohr. Lisa Page. Andrew Weissmann. Andrew McCabe. President Donald Trump has relentlessly attacked these FBI and Justice Department officials as dishonest “Democrats” engaged in a partisan “witch hunt” led by the special counsel determined to tie his campaign to Russia. But Trump’s attacks have also served to highlight another thread among these officials and others who have investigated his campaign: their extensive experience in probing money laundering and organized crime, particularly as they pertain to Russia.


Subscribe
As Trump praised and defended Russian President Vladimir Putin along the campaign trail, financial analysts and money-laundering experts questioned whether the real-estate mogul had any financial incentives—including business ties or outstanding debt—to seek better relations with Moscow. Robert Mueller, the special counsel appointed in May 2017 to investigate a potential conspiracy between the Trump campaign and Moscow to defeat Hillary Clinton in the 2016 election, assembled a team with revealing expertise in fraud, racketeering, money laundering, and other financial crimes.
Trump’s latest obsession is with Bruce Ohr, a career Justice Department official who spent years investigating Russian organized crime and corruption—an expertise he shared with another Trump target named Christopher Steele, the former British intelligence operative who provided valuable intelligence on Russia to the State Department and the FBI’s Eurasian Organized Crime Task Force prior to authoring the Trump-Russia dossier in 2016. Ohr and Steele met in 2007, according to The New York Times, and stayed in touch as a result of their shared interests and mutual respect. Trump has tweeted about Ohr nearly a dozen times this month alone, complaining about his relationship with Steele and Ohr’s wife’s past work for Fusion GPS—the opposition-research firm that hired Steele in 2016 to research Trump’s Russia ties.

“How the hell is Bruce Ohr still employed at the Justice Department?” Trump wrote on Thursday. “Disgraceful! Witch Hunt!”
Trump’s fixation with seeing Ohr ousted from the Justice Department could be perceived as yet another attempt to undermine the credibility of the people who have investigated him. It could also be interpreted as an attack on someone with deep knowledge of the shady characters Trump and his cohort have been linked to, including Semion Mogilevich, the Russian mob boss, and Oleg Deripaska, a Russian aluminum magnate close to Putin who did business with Trump’s former campaign chairman Paul Manafort. (Incidentally, another Manafort associate, the Ukrainian billionaire Dmitry Firtash, admitted that he only managed to be in business because Mogilevich allowed him to be, according to a leaked 2008 State Department cable.) Ohr was involved in banning Deripaska from the U.S. in 2006, due to his alleged ties to organized crime and fear that he would try to launder money into American real estate. Nearly a decade later, Ohr and the FBI sought Deripaska’s help in taking down overseas criminal syndicates.
And then there’s Andy McCabe, the former deputy director of the FBI who spent more than a decade investigating Russian organized crime and served as a supervisory special agent of a task force that scrutinized Eurasian crime syndicates. McCabe is a 21-year FBI veteran who handled aspects of the Russia investigation until Mueller was appointed last May, an appointment McCabesays he pushed for. He was fired in March, just two days short of being eligible to receive his pension and other benefits from the bureau. The official reason was that he had lacked candor when describing his interactions with the press to the Office of the Inspector General. But Trump and his allies’ relentless attacks on McCabe on Twitter and cable news made it difficult for many to believe that Attorney General Jeff Sessions’s decision to fire him was completely devoid of political considerations.
One member of Mueller’s team, meanwhile, has provoked more ire from the president’s allies than others: Andrew Weissmann, a seasoned prosecutor who oversaw cases against high-ranking organized criminals on Wall Street in the early 1990s and, later, against 30 people implicated in the Enron fraud scandal. Trump has also villainized the former Mueller team member Lisa Page, a trial attorney in the Justice Department’s organized-crime section whose cases centered on international organized crime and money laundering. She has been targeted by the president and his allies for mocking Trump in text messages she exchanged with Peter Strzok, a Russian counterintelligence expert in the FBI, during a period in which both briefly worked on the Mueller investigation. Strzok was fired earlier this month for writing similarly caustic messages. Trump says the texts showed outrageous bias and has cited them as evidence that Mueller is out to get him.


Mueller’s probe is first and foremost a counterintelligence investigation, and Trump famously declared last year that any examination of his personal finances would cross a “red line.” But Russia’s criminal syndicates have become increasingly intertwined with its intelligence services, blurring the line between Mafia dons and spies. (As the Russia expert Mark Galeotti wrote in his book The Vory: Russia’s Super Mafia, Putin’s Kremlin has consolidated power by “not simply taming, but absorbing, the underworld.”)
The president has denied having any business ties to Russia, and his dream of building a Trump Tower Moscow never materialized. But his links to Russian oligarchs and mobsters from the former Soviet Union have been documented: Millions of dollars from the former Soviet Union flowed into Trump’s developments and casinos throughout the 1990s, as the journalist Craig Unger has chronicled, as oligarchs looked for a place to hide their money in the West. The Trump Taj Mahal casino in Atlantic City, New Jersey, was once known as a hot spot for Brooklyn mobsters associated with the Russian Mafia, and quickly became the “favorite East Coast destination” of the top Russian mob boss Vyacheslav Ivankov, according to the 2000 book Red Mafiya: How the Russian Mob Has Invaded America. It was also repeatedly cited by the Treasury Department’s Financial Crimes Enforcement Network for having inadequate money-laundering controls.
By the early 2000s, a third of the buyers of Trump Tower’s most expensive condos were Russia-linked shell companies or individuals from the former Soviet Union—including Eduard Nektalov, a mob-connected diamond dealer from Uzbekistan, and David Bogatin, a Russian-émigré mobster who specialized in bootlegging gasoline. Bogatin’s brother was involved in an elaborate stock fraud with the top Russian mob boss Mogilevich, who himself is allied with Alimzhan Tokhtakhounov—another Russian mob leader who ran an entire gambling and money-laundering network out of Unit 63A in Trump Tower, just three floors below Trump’s own residence.(Tokhtakhounov was a VIP attendee at Trump’s Miss Universe pageant in Moscow just seven months after the gambling ring was busted by the FBI.) Trump’s own sons have boasted of the Trump Organization’s dependence on Russian money. “Russians make up a pretty disproportionate cross-section of a lot of our assets,” Donald Trump Jr. said in 2008. “We don’t rely on American banks,” Eric Trump reportedly told a golfing buddy in 2014. “We have all the funding we need out of Russia.”
Trump’s longtime personal lawyer, Michael Cohen—who pleaded guilty last week to tax fraud and campaign-finance violations, in which he implicated the president—once bragged that he was part of the Russian mob, according to The Wall Street Journal. Cohen’s uncle, with whom he was close, owned a Brooklyn catering hall called El Caribe, in which Cohen had a stake—a hall that “for decades was the scene of mob weddings and Christmas parties,” the Timesreported, and housed the offices of “two of New York’s most notorious Russian mobsters.”

Posted by BLESSYOURHEARTS at 5:23 PM No comments:

Posted by BLESSYOURHEARTS at 3:47 PM No comments:

Posted by BLESSYOURHEARTS at 4:16 AM No comments:

John Lennon has it down about love,

Posted by BLESSYOURHEARTS at 3:58 AM No comments:

How corruption could have been exposed before election...

Posted by BLESSYOURHEARTS at 5:49 PM No comments:

Pure Positive Desire is Your Fuel. Get Juicy!

Pure Positive Desire is Your Fuel. Get Juicy!

Posted by BLESSYOURHEARTS at 7:17 AM No comments:

Participate in the sorrows of the world -

Posted by BLESSYOURHEARTS at 6:05 PM No comments:

To drop into being means to recognize your interconnectedness with all life.

To drop into being means to recognize your interconnectedness with all life...
Your very nature is being part of larger and larger spheres of wholeness.
JON KABAT-Z(GRATEFULNESS.ORG)
Posted by BLESSYOURHEARTS at 8:59 PM No comments:

Nunes is a despicable partisan


Nunes has scheduled more about Hillary's emails tomorrow in the Intelligence Committee, instead of Cohen's 45 evidence.

😫
Posted by BLESSYOURHEARTS at 7:36 PM No comments:

Posted by BLESSYOURHEARTS at 6:06 PM No comments:

Dem Candidate For NY AG Open To Prosecute Trump Aides If Pardoned | The ...

Posted by BLESSYOURHEARTS at 5:41 AM No comments:

A different way of looking at loss...

Posted by BLESSYOURHEARTS at 6:25 PM No comments:

Posted by BLESSYOURHEARTS at 2:47 PM No comments:

It was heartening to see so few white nationalists at their rally this weekend and a thousand more LOVERS.

Thought for the Week    Rev. Edwin Kozak
Unity teaches that people are basically good. How so? Because we are souls, we are Spirit in essence. Our Hindu brothers and sisters have been teaching this for 5 millennia. In mainstream America, Unity and other New Thought spirituality's are pretty much reintroducing the concept since the prevailing thought nowadays is that people are evil, or no good, or whatever. Belief in our goodness and innate creativity enables us to ultimately do anything! Notice the word ultimately in there... sometimes it takes time. We're evolving. So what causes people to do bad/evil and to limit themselves? Certainly not a devil or satan and certainly not original sin. Mental disorders, biological brain disorders, unresolved inner pain, unhealthy EGO (like the need to be right) are what cause pain/evil. I am grateful for believing in the goodness of humankind! Evidence this:
LOVE WINS OUT...It was heartening to see so few white nationalists at their rally this weekend and a thousand more LOVERS.
Posted by BLESSYOURHEARTS at 8:42 PM No comments:

If Donald Trump wants a military parade, here's a suggestion. Pay a visit to a VA hospital and watch the parade of disabled veterans rolling the halls in their wheelchairs.

Cynthia Francis I am also a veteran and I believe that instead of being forced to march in a parade because a racist sexist, misogynist man-child (who has cut more veterans services than any other president)wants to show off what he thinks are his toys, our service members should have THEIR day to honor veterans in a manner they think appropriate.
Cynthia Francis Please join our fb group veterans against parade (VAP)

Betsy Enis If Donald Trump wants a military parade, here's a suggestion. Pay a visit to a VA hospital and watch the parade of disabled veterans rolling the halls in their wheelchairs. No disrespect here, if by chance a veteran in house patient dies while you're there trump, if the hospital has an honor walk for that veteran and their family, I suggest you take your ass down and watch it. Be respectful don't make it about you if thats possible. As for a military parade on Pennsylvania ave. Hell no!! If I offended anyone, I don't give a damn! Oh and I'm waiting for someone to tell me I'm disrespectful to veterans. It wouldn't be the first time, happened last night.
#prouddaughterofawwiiveteran 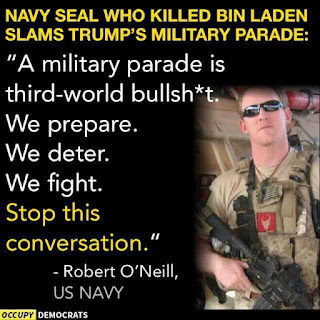 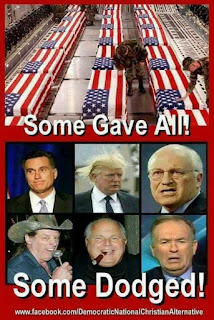 Posted by BLESSYOURHEARTS at 7:37 PM No comments:

Posted by BLESSYOURHEARTS at 11:34 AM No comments:

"In times of universal deceit - telling the truth is a revolutionary act." 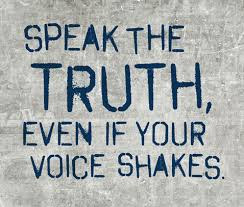 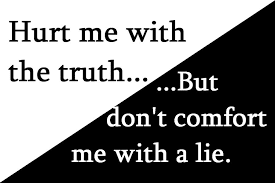 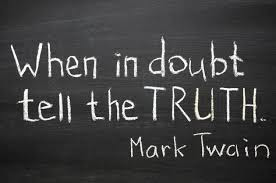 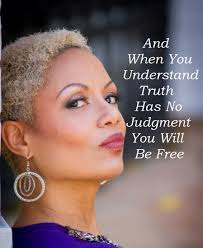 Posted by BLESSYOURHEARTS at 10:28 AM No comments: