Keep Seeing this World as a beautiful place

Spirit Science
Be soft.
Posted by BLESSYOURHEARTS at 5:21 AM No comments:

Character and wisdom are sculpted over time!


﻿
Posted by BLESSYOURHEARTS at 5:17 AM No comments:

AlterNet
He makes a point.
Posted by BLESSYOURHEARTS at 5:13 AM No comments:

Changed Thinking - I am disturbed by nothing

Doesn't it happen like that, Ron? I mean, isn't your entire life proof?
One day you're scrimping, the next you're in the money.
One day you're lonely, the next you have friends.
Lost, then found. Ill, then well. Low, then high.
Yet with hindsight, it becomes ever so clear that the only thing that ever really changed was your thinking. Even though you were free to think as you pleased the entire time.
History need not repeat itself,     The Universe 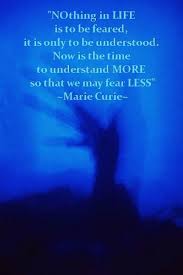 Learning from the Lakota

10 Quotes From The Great Indian Chief ‘Standing Bear’ That Will Make You Question Modern Culture
Luther Standing Bear was an Oglala Lakota Sioux Chief who, among a few rare others such as Charles Eastman, Black Elk and Gertrude Bonnin occupied the rift between...
thespiritscience.net


1) ”Praise, flattery, exaggerated manners and fine, high-sounding words were no part of Lakota politeness. Excessive manners were put down as insincere, and the constant talker was considered rude and thoughtless. Conversation was never begun at once, or in a hurried manner.”

2) ”Children were taught that true politeness was to be defined in actions rather than in words. They were never allowed to pass between the fire and the older person or a visitor, to speak while others were speaking, or to make fun of a crippled or disfigured person. If a child thoughtlessly tried to do so, a parent, in a quiet voice, immediately set him right.”
3) ”Silence was meaningful with the Lakota, and his granting a space of silence before talking was done in the practice of true politeness and regardful of the rule that ‘thought comes before speech.’…and in the midst of sorrow, sickness, death or misfortune of any kind, and in the presence of the notable and great, silence was the mark of respect… strict observance of this tenet of good behavior was the reason, no doubt, for his being given the false characterization by the white man of being a stoic. He has been judged to be dumb, stupid, indifferent, and unfeeling.”
4) ”We did not think of the great open plains, the beautiful rolling hills, the winding streams with tangled growth, as ‘wild’. Only to the white man was nature a ‘wilderness’ and only to him was it ‘infested’ with ‘wild’ animals and ‘savage’ people. To us it was tame. Earth was bountiful and we were surrounded with the blessings of the Great Mystery.”
5) ”With all creatures of the earth, sky and water was a real and active principle. In the animal and bird world there existed a brotherly feeling that kept the Lakota safe among them. And so close did some of the Lakotas come to their feathered and furred friends that in true brotherhood they spoke a common tongue.”


6) ”This concept of life and its relations was humanizing and gave to the Lakota an abiding love. It filled his being with the joy and mystery of living; it gave him reverence for all life; it made a place for all things in the scheme of existence with equal importance to all.”7) ”It was good for the skin to touch the earth, and the old people liked to remove their moccasins and walk with bare feet on the sacred earth… the old Indian still sits upon the earth instead of propping himself up and away from its life giving forces. For him, to sit or lie upon the ground is to be able to think more deeply and to feel more keenly. He can see more clearly into the mysteries of life and come closer in kinship to other lives about him.”8)”Everything was possessed of personality, only differing from us in form. Knowledge was inherent in all things. The world was a library and its books were the stones, leaves, grass, brooks, and the birds and animals that shared, alike with us, the storms and blessings of earth. We learned to do what only the student of nature learns, and that was to feel beauty. We never railed at the storms, the furious winds, and the biting frosts and snows. To do so intensified human futility, so whatever came we adjusted ourselves, by more effort and energy if necessary, but without complaint.”9) ”…the old Lakota was wise. He knew that a man’s heart, away from nature, becomes hard; he knew that lack of respect for growing, living things soon led to lack of respect for humans, too. So he kept his children close to nature’s softening influence.”10) ”Civilization has been thrust upon me… and it has not added one whit to my love for truth, honesty, and generosity.”I think everyone alive today can learn a lot from the Indigenous people of the Great Plains. What stands out for me from reading the quotes above is the level of courtesy and respect they all had for each other. Not to mention the level of respect and love they had for nature. It’s essential each of us does what we can to educate ourselves about the importance of being kind and courteous not only to each other but to our planet. Our children are the future and they will learn from not what we say but from what we do. That’s the ultimate message to take away from this article.One Love - Kasim Khan , Team Spirit.
Posted by BLESSYOURHEARTS at 3:21 PM No comments:

I WANT TO BE THANKFUL AND FEEL GRATITUDE FOR A WORLD FREE OF
INJUSTICE, JUDGEMENT, RACISM AND HATE. IT BEGINS WITH EACH ONE OF US . WE HAVE THE POWER TO MAKE A DIFFERENCE INDIVIDUALLY AND COLLECTIVELY WITH OUR THOUGHTS, WORDS AND DEEDS..PLEASE BE AWARE HOW YOU CAN MAKE A DIFFERENCE AND BEGIN TO LIGHT THE WAY FOR ALL.
ABUNDANT PEAYERS, HEALING AND LIGHT FOR ALL IN THIS WORLD. Valerie Steihl

Spirit Science
Tag someone that you are grateful for!
Posted by BLESSYOURHEARTS at 3:17 PM No comments:

Living moment to moment without fear...

Living moment to moment without fear, I am not disturbed by anything - pain or passage of time. Ron Alexander
Posted by BLESSYOURHEARTS at 3:02 PM No comments:

Diana A Robbins
Love chose me...and I chose Love back. There is no longer any other place for me to be but right smack dab in the middle of my True Self, which, ironically (or not) is Love. One can't legislate this. Only the finite, prodigal mind needs legislation to validate its version of love. Laws bind. Love frees us. Governments, laws, religions, and world powers come and go. But LOVE is--and LOVE endures forever. 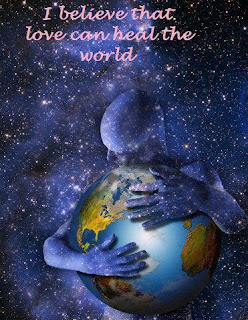 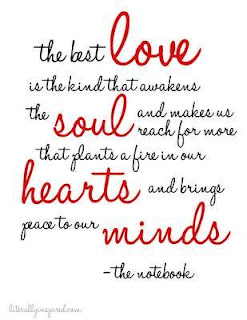 Posted by BLESSYOURHEARTS at 4:29 PM No comments:

Posted by BLESSYOURHEARTS at 3:32 PM No comments:

Eternal LIFE! I believe in IT!

Diana A Robbins
How do I know that LIFE is eternal? It's not because of what any scripture or preacher said. The reason I KNOW this is that I died once--and while I was "dead,"... I found that I was still very much alive, very conscious, more aware than ever--so MUCH more. Actually, when I came back into body consciousness....after the medical folks "revived" me, I felt less alive. But it was at that point that I began to pay attention to the still small voice in me that all along had been whispering to me the divine secrets of the ONE I AM, of which I now KNOW I AM an expression. (And so it is; and so are we ALL).

Posted by BLESSYOURHEARTS at 10:16 AM No comments: 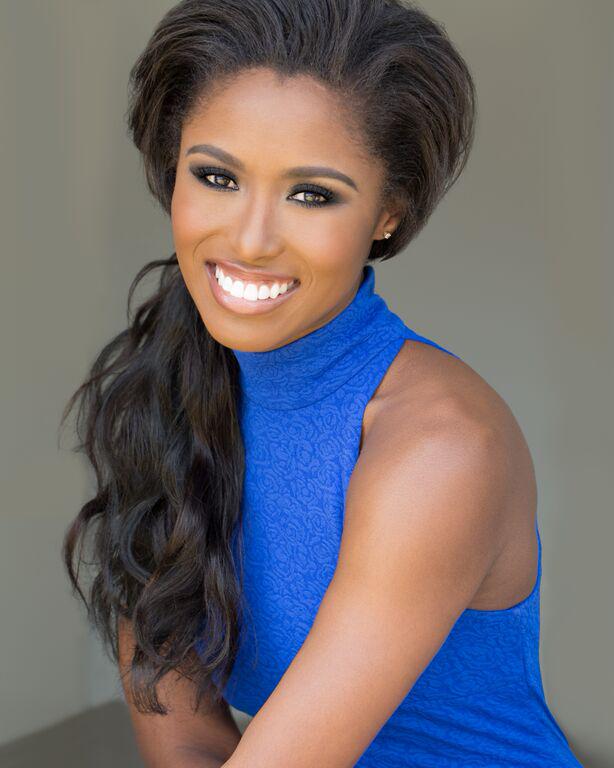 Posted by BLESSYOURHEARTS at 9:40 AM No comments:

Can't have too much on LOVE! "It matters only that you love."

LOVE IS THE MOST POWERFUL AND HEALING ENERGY IN THE WORLD. LOVE ONE ANOTHER BECAUSE HATE, INJUSTICE, BIGOTRY AND RACISM WILL ONLY BRING FORWARD THE SAME RESULT. MAY YOU BE BLESSED WITH LOVE ALWAYS AND IN TURN GIVE LOVE TO HEAL THE WORLD. ABUNDANT BLESSINGS AND LOVE, VALERIE (agree with Ra, Valerie is an awesome poster!)

Anecia Johnson Love is a term that can be interpreted Many ways.
Ron Alexander How about Love in Action Anecia? Oh, I know - LOVE IN ACTION, right ! Well I have been taking action here in Charleston - Bridge to Peace Unity Chain for Emanuel AME Church, Drumming, Chanting, sharing, enjoying the magnificent speech by our Prez!

Anecia Johnson I heard he called the 9 Massacred and Assassinated, "Blessed"! I didn't watc
Ron Alexander yES, PLEASE WATCH OR LISTEN TO THIS AWESOME INSPIRATIONAL SPEECHES - HE TELLS THE TRUTH SPARING NO TRYING TO PLEASE US WHITE FOLK!


Anecia Johnson I only said that in response to your acknowledging the President. I see the position as a tool of coalitions of forces and individuals whose faces we will NEVER see. I Know that I Am Love/Creative Intelligence/Life Force! Yes!
Ron Alexander GOOD FOR US, thanks Anecia Johnson!

Posted by BLESSYOURHEARTS at 9:32 AM No comments:

Produce Harmony in this world...

﻿
Posted by BLESSYOURHEARTS at 9:22 AM No comments:

Movie about Max - a soldier/guard is good - the best actor is the dog!

Posted by BLESSYOURHEARTS at 4:11 PM No comments:

You are exactly where you need to be...

Posted by BLESSYOURHEARTS at 4:03 PM No comments: 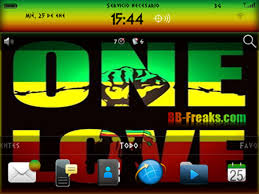 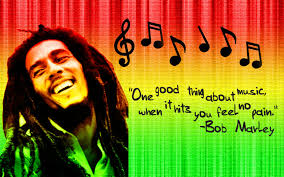 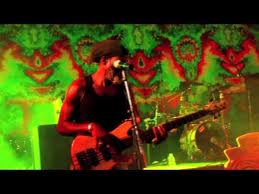 Posted by BLESSYOURHEARTS at 1:20 PM No comments: