How to Significantly Slow Coronavirus? (featuring Minister of Health of ...

There is an unchanging, stable presence of awareness within, which is your true self. When you learn to center yourself in that awareness, you find an unwavering source of trust that can never be lost, regardless of what others may say or do.

Posted by BLESSYOURHEARTS at 9:06 AM No comments:

Today I activate my hope: we only need to bring attention to the presence of our awareness:(MY AWARENESS IS ALIGNED WITH THE CREATIVE POWER OF THE UNIVERSE.)

Posted by BLESSYOURHEARTS at 9:23 AM No comments:

Lean into love we didn’t know possible. Our elders deserve to be honoured and respected

Posted by BLESSYOURHEARTS at 9:00 AM No comments: 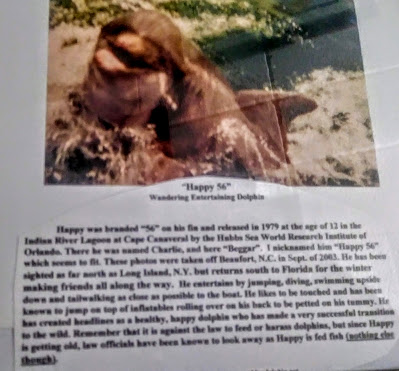 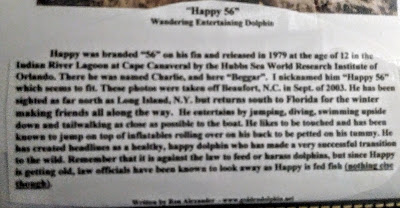 BRIGANTINE — Where is Dolphin 56? (2009)
Bob Schoelkopf has asked himself this question many times this year.
The bottlenose dolphin swam from Florida up to New Jersey every year for decades after being branded in 1979, making it one of the longest and most comprehensively tracked dolphins on the East Coast. Dolphin 56 went missing this year, sparking a national watch for the 45-year-old dolphin.
"This is the first year in many years we haven’t seen him," Schoelkopf, director of the Brigantine-based Marine Mammal Stranding Center, said. "We’re concerned he reached the end of his lifetime." 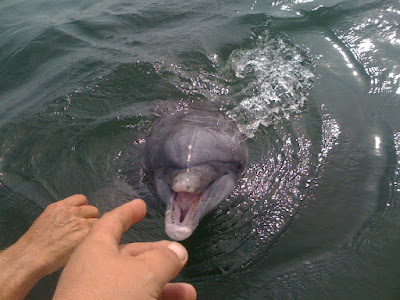 A Facebook page was set up in 2009 to track the dolphin. The last reported sighting was in July 2011, when the dolphin was photographed off the coast of Wales. Many followers have posted concerns about Dolphin 56’s well-being.
"It is not a good sign that no one on the East Coast has seen him yet," wrote Kathy Hunter, of Sea Isle City. "But I will not give up hope!"
Every time the Brigantine center gets a report of a dolphin washed up on shore, Schoelkopf’s thoughts turn to Dolphin 56. Because it had exceeded the average lifespan of a bottlenose dolphin — Dolphin 56 was somewhere between 40 and 45 years old — he said it’s likely the cetacean has died.
Suzanne Thurman, executive director of the Marine Education, Research and Rehabilitation (MERR) Institute based in Nassau, Del., said Dolphin 56’s disappearance has sparked discussions between stranding centers all along northeastern coast.
While its age is troubling, Thurman said it’s still possible Dolphin 56 is out there but hasn’t been spotted yet. Another dolphin, Dolphin 437, went missing for more than a year before it turned up again at Cape Henlopen in Delaware.
"We hadn’t had any sightings all of last year, but it showed up again this year," she said. "I’m hoping the same happens for this one."
Dolphin 56 was freeze-branded in 1979 off the coast of Florida when it was about 10 years old. The process involves branding a large identifying number on the dolphin’s dorsal fin with liquid nitrogen. 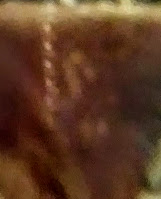 "Freeze-branding is a one-time pain, and they last an unlimited amount of time," he said.
Schoelkopf said the process is still used today because satellite beacons tend to fade after eight to 10 years and can cause a lot of distress to the animal.
Dolphin 56 was memorable because of how eager it was to approach people. While there are often gaps in the histories of other dolphins, Schoelkopf this one had predictable travel plans.
"He likes to go to New Jersey all the time in the summers," he said. "He’d go back every year in early summer or late spring."
For many years, Schoelkopf said he got reports of the dolphin swimming alongside rowing crews from Holy Spirit High School as they practiced in the inland bays.
"He’d come behind the center a lot and we’d go out in a boat to follow him," he said. "He’d play with seaweed and toss live fish in the air."
For a time, fish and wildlife agents also followed the dolphin, waiting to slap unsuspecting boaters with a $20,000 fine for feeding Dolphin 56.
"This dolphin would come up to a boat and squeak at them to get some fish," Schoelkopf said.
Jennifer Dittmar, stranding coordinator for the National Aquarium in Baltimore, said it’s unusual for a dolphin in the wild to develop such a following. That, she said, is probably a function of its personality.
As Dolphin 56 migrated north to New Jersey, Dittmar said, it typically arrived in the Chesapeake Bay around Easter, where it approached boaters for food and attention.
The Facebook page was "a rare event, but it really worked well," she said. "If people would post their pics, researchers could see how far this behavior had progressed."
Stranding centers also used the Facebook page to tailor their outreach campaigns instructing boaters not to feed Dolphin 56 as it entered their waters, Dittmar said. It also helped the centers learn more about how dolphins interact with humans.
"He’s kind of a unique animal that might lend us some insight into the dolphins that are off the area," she said. "It sparks some good research questions."
Thurman said Dolphin 56’s ease with people is also troubling.
"He definitely had risky, albeit friendly and sociable, behavior," she said. "Not every person a dolphin comes up to is so kind."
Every time a dead dolphin washes up, Schoelkopf looks to the dorsal fin for Dolphin 56’s telltale identification stamp. The dolphin also had a unique face, caused by a fractured jaw it suffered during one of its voyages. 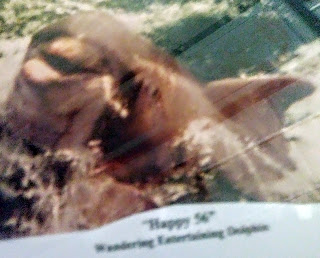 "It’s bent," he said. "Like a boxer who had a broken nose. It stays that way." P.S. I was told that they get that way by ramming sharks defending themselves. Ron Alexander


Posted by BLESSYOURHEARTS at 4:26 PM No comments:

I find a reason to hope in every situation. When our attention is aligned with the universal intelligence of Nature, we find a way through our challenges and difficulties

Posted by BLESSYOURHEARTS at 6:53 AM No comments:

Let nothing dim the light that shines from within. MAYA ANGELOU

Posted by BLESSYOURHEARTS at 6:50 AM No comments:

The Superhuman World of Wim Hof: The Iceman

Posted by BLESSYOURHEARTS at 5:42 PM No comments:

I trust in my core self at every moment. This core self is where real trust lives. Core self equal to "true self".

Posted by BLESSYOURHEARTS at 7:36 AM No comments:

In every life, we need some place for the singing of angels...Sinner or Saint? 7 Steps to Harness Your Inner Angel

Posted by BLESSYOURHEARTS at 6:54 AM No comments: