Where does it all lead? What will become of us?

Posted by BLESSYOURHEARTS at 10:52 AM No comments:

Posted by BLESSYOURHEARTS at 7:37 AM No comments:

The world is changed by your example

Posted by BLESSYOURHEARTS at 9:03 AM No comments:

Peace is returning to Silence

Widening the circle of support...who and what matters?

Posted by BLESSYOURHEARTS at 8:43 AM No comments:

Beauty comes from within...and can increase when seen outside of self.

Posted by BLESSYOURHEARTS at 6:29 AM No comments:

The rain slacked up, and we enjoyed a successful sit, walk and listen to support Black Lives Matter

At the invitation of Reverend Dixon and The Coalition, Uplift, and Stand as One, Indigo Sangha hosted a Covid-safe, Interfaith Sit-Walk-Listen for Black Lives event in the style of Thich Nhat Hanh and the Plum Village Community of Engaged Buddhism. We aspired to bring the practice of compassion, love, and deep listening to Charleston’s Battery and to better understand what needs healing around race. 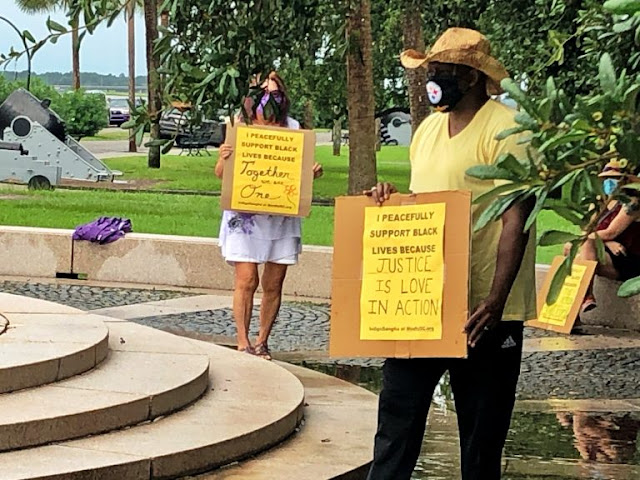 This event supports a “collective awakening” and brings the practice of compassion, love, and deep listening to Charleston’s public spaces so that ‘Black Lives Matter’ may truly manifest in our community and beyond. The event is also a nonviolent counter-protest to the flying of Confederate flags at the monument on the Battery each Sunday morning. 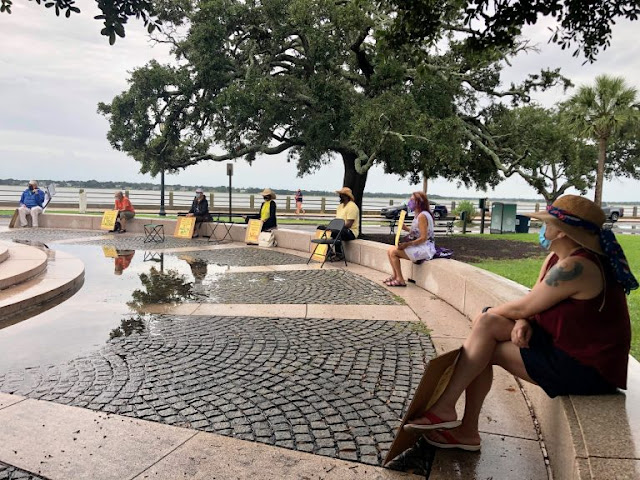 Posted by BLESSYOURHEARTS at 4:20 PM No comments:

Allow surprises, like this AM, it is pouring down rain so far, which is a disappointing surprise, however...means I can take a break...

Posted by BLESSYOURHEARTS at 4:43 AM No comments:

Gratefulness opens me up

Posted by BLESSYOURHEARTS at 7:43 AM No comments:

Nirvana is not necessarily the blissful state...

tAfliSugmpnongust eu19 eat esdo1r0io:4sia3 fincAMeudr  ·
Nirvana is not necessarily the blissful state that is commonly thought to be the case. It can be but the more accurate description is that it is a state of mind where "the passion of aversion and craving are done away with". Nirvana literally means "extinguishing the passions of the mind" and unhealthy ego. When one achieves this state of equanimity, one is more apt to experience the "peace that passeth all understanding" as the biblical scripture states. We can accept all situations with equanimity. In Unity we teach that heaven is a state of mind, like hell can be. This heavenly state of mind is the state of nirvana, IMHO. We also teach that we have all the peace we need right within us, all the time, 24/7/365. We just need to let go of the "stuff" that prevents us from experiencing that peace.
nir·va·na
/nərˈvänə,nirˈvänə/
Learn to pronounce
noun 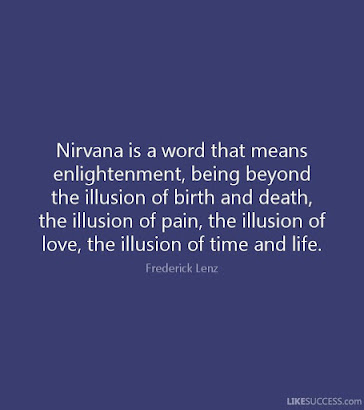 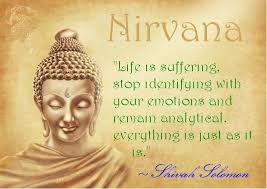 Posted by BLESSYOURHEARTS at 6:01 AM No comments:

Charleston's new manager of tolerance and racial reconciliation looks ahead

'THIS IS THE BEGINNING'

RUTA SMITHAmber Johnson’s hiring comes a year after Charleston leaders voted to formally apologize for the city’s role in the slave tradMore than 154,000 people all trying to live and work together in a city that is both haunted and bolstered by its history, a lineage of racial injustice that predates this nation, and a key destination for travelers around the world — this is Charleston in 2019. At home in a city trying to reconcile the brutality of the past with the incredible success of the present, it is those on the margins who find themselves pushed out, targeted, and somehow treated as outsiders in a town that welcomes more than 7 million visitors a year.As the first manager of Diversity, Racial Reconciliation, and Tolerance for the City of Charleston, Amber Johnson has accepted the task of ensuring equity and understanding among her fellow Charleston natives. It's a job that Johnson believes starts by looking inward."In the short term, I want to review the city's internal policies and procedures to determine what improvement needs to be made and what policies and regulations they may have that may be discriminatory or may have a discriminatory impact," she explains. "I think I have to start there to see where they are, looking at it with a critical lens."

Practicing law for the past seven years, Johnson has spent the past three years working with South Carolina Legal Services, a nonprofit law firm where she primarily represented low-income clients. There, she witnessed a lot of disparities and gaps in resources that affect South Carolinians. In her new position with the city, Johnson hopes to fill as many of those gaps as she can.

"I hope to build relationships with the community, get the word out that I am here and available. In the long term, I want to develop a community advisory committee, so that I can hear the concerns of the community about what is working and what is not working," she says. "Then I'd like to work on a strategic plan with some long-term action items that would include housing, employment, health care, and those sort of things to work on some of the issues in the community."

One year since Charleston City Council narrowly passed a resolution officially apologizing for the city's role in the human slave trade, it's become time to figure out what that apology really means. As Johnson prepares to enter her new role on July 22, she has an optimistic view of what that apology did and did not accomplish.

"The apology started the conversation, and I think it is important to normalize conversations about race," says Johnson. "We have to get to a point where it's not taboo — where we can have very open and honest discussions about race and the issues and impact of what has happened in the past. We are still dealing with the consequences of our past. It's a place to start and it's important just to start to have that conversation."

While Charleston has taken progressive strides in the city's official apology for slavery and the passing of a municipal hate crime law, local efforts to provide greater context to the city's prominent monuments linked to the Confederacy and pro-slavery efforts have floundered.

In Johnson's opinion, it's important to consider what these historical markers are doing for the city and the feelings that surround them.

"You have to take a look at your city, expunge the points where you are weak as far as diversity and go from there. That's the first place to start," she says. "Take a look at yourself and see where the gaps are, so that you can focus on those things and you can make sure that your programs and services are benefiting everyone and not just a small group of people."

From her experience working with clients as part of South Carolina Legal Services, Johnson finds that affordable housing is a key issue in local communities. And while debate always surrounds just how involved the city should be in the housing market, Johnson is in favor of local government playing a part to ensure the creation of more affordable housing.

"It's important for the city to be a place that benefits everyone. In the long haul, if everybody isn't seeing some sort of growth or benefit from being here, they won't stay," says Johnson. "It is important for the city to figure out what's going on and what we can do to help — if we can help. It's definitely something that is worth looking into."

As of last week, Johnson has yet to have a formal sit-down with the members of Charleston City Council about her plans as the city's new manager of Diversity, Racial Reconciliation, and Tolerance. Johnson says she doesn't have any specific issues in mind to address immediately. Instead she seems willing to start fresh and dig into all that is sure to come her way.

For Johnson, the very fact that her current position was created as part of Charleston's slavery apology is enough of an indication that something good is possible.

"It shows that they are committed to what they set out to do with the apology," says Johnson of City Council. "It's not just a lot of talk. They are also trying to put some action behind it. This is the beginning.

I dont understand why I should apologize for slavery when I never owned a slave. Seems to me that the people of Charleston should apologize for electing corrupt presidents and sending troops to Iraq with no weapons of mass destruction found. MY FAMILY HISTORICALLY NEVER OWNED A SINGLE SLAVE FOR OVER 2000 YEARS. We came here and helped Charleston become a success. I am not apologizing for traditions that continue to work out of convenience like low wages. We are a free country, and yet we CHOOSE endless war for the convenience of being able to organize better with a hegemony.

The Civil War started in this city, and it is a perfect place for it to end FINALLY! Get over it Confederates, you lost! Like the Nazis in Germany, all symbols honoring the slavery past ought to be outlawed and respectfully removed to a building for the spoils of war.

LIK
BACK TO
Posted by BLESSYOURHEARTS at 8:47 PM No comments: