What makes the Earth spin on its axis every day?

What makes the Earth spin on its axis every day? – Reid, age 5, Melbourne. 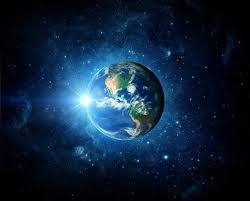 To answer this tricky question, we have to look back in time to when the Earth was born, 4.5 billion years ago. We have to ask: why did the Earth start spinning in the first place?
When our solar system formed out of a gas cloud, called a nebula, there was lots of dust and gas coming together due to the force of gravity. The dust and gas was already moving around in a circle. As it all clumped together to form the Sun and planets, these new objects started to spin – and then spin faster.
So when all of the rocks in the clump of dust and gas started coming together, that made the Earth’s spin speed up.
We’ve covered what made the Earth start spinning, and what made it pick up speed. But why does it keep spinning?

Why the spin continues

In theory, a spinning object will just keep spinning forever unless you add energy or take it away.
Imagine a spinning top. You added energy to it by starting the spin off with your hand. Eventually it stops because the ground it is spinning on is taking energy away from the toy top through something called friction.
Friction is where something rubs on or drags on an object and takes energy away. Have you ever slowed yourself down while you’re riding downhill by dragging your foot on the ground? That’s friction.
There’s not much friction in a fidget spinner toy. That’s why they can spin for so long.

Now imagine the Earth floating in space. It will keep spinning unless something slows it down. It would take a LOT of energy to slow down the spinning Earth because it is so big.
It’s not spinning on the ground, so the ground won’t slow it down. There’s no air outside our own atmosphere to slow it down either. That is why the Earth has continued to spin for a very long time.

Posted by BLESSYOURHEARTS at 4:57 AM