"In the end, we will remember not the words of our enemies but the silence of our friends."

You are the first white man to ever say or at least I have heard Ron to say such a thing statement (this writing below is from Dr. Tomas Pinkson) you are in a class all by yourself you really need to be sharing this understanding with your folks they don't get it. When you live in my skin you walk 365 days on a tight rope it's so much in our consciousness until it's like our arm or leg. When I am in the Caribbean or when I was in Africa I sincerely felt free, it was like a lick came off of my brain, for everybody looked like me, although I didn't know the language but what I did know I wasn't be judged by my skin color, I would be judged as MLK said by the content of my character, we as Blacks in this country are in a mental prison, some don't even know it, or recognize it. Than we raise our children in a bubble to protect them until they are old enough for the Talk.

I believe that any of us seeking to walk a spiritual path also need to be spiritual activists taking action steps to address the impact of centuries of slavery and its aftermath inequities of institutional racist policies that still oppress black people today. To not do so  means we are passively supporting its continuation which benefits those of us wearing white skins and keeps a boot of oppression on all people of color. George Floyd’s death just caught a visual of its overt manifestation through police violence.

number one, learn the true history of our country which has never been taught in our public schools.

number two, educate ourselves about the true workings of racist policies that oppress people of color  while benefitting caucasian people without our having to lift a hand to make it be so.

number three, get educated about white privilege and how to use it to facilitate meaningful change.

number four, do your part  to repair, transform and heal what has been done,

number five,  take first steps towards making reparations to those who have suffered, and who suffer still under the yoke of daily acts of prejudice and discrimination while we white race people can go on with our lives privileged in ways most of us are not even aware of.  Making reparations is not about guilt or shame.  It is about  justice. It is about doing the right thing. It is about doing the honorable thing healing our own souls in the process.   There is a Hebrew expression, Tikun Olam, which means repairing the wounds of the world which each of us has a moral and spiritual responsibility to do. May we honor this calling. 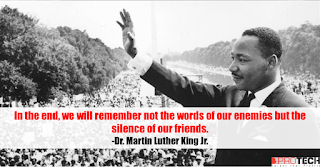 Posted by BLESSYOURHEARTS at 9:49 AM