Life, Liberty and the Pursuit of Meaning (True happiness cannot be pursued; it must ensue from the pursuit of meaning)

The concept of happiness has evolved significantly since 1776 when this phrase was first introduced. Now we often relate the thought of happiness with living “the good life,” a concept that has been hijacked by advertisers and portrayed as a life in which we seek pleasure, relaxation, and, of course, material goods. Our post-modern society has told us that we can achieve happiness through consumption. Society has made us think that: if only ... if only I had a bigger house, a better car, more money, and a better job, I would be fulfilled.
But more choices and more personal freedom to choose have led to higher expectations that, in turn, have led to never being satisfied with what we have! We think we want more, but when we get it, it is not enough. We still want more. “Enough” becomes a moving target. And we spend so much time working to pay for things we don’t really want, let alone need. In the pursuit of the “if only,” we have sacrificed our relationships, our health, and our sanity.


We’ve also been taught that we should expect to have it all and we should expect to have it now. In other words, we are driven by instant gratification—and justify it with thoughts like, “just put it on credit,” “there’s no need to earn the money today,” “pay for it later.” Not just individuals but cities, states, and nations have embraced and become addicted to this belief as well.

Even the relentless pursuit of pleasure and power has shown itself to be short-lived because pleasure and power are founded on the same “if only I had more” logic. Left unchecked, these motivational forces comprise a vicious cycle and manifest themselves as an endless—and joyless—undertaking much like that experienced by the Greek hero Sisyphus, who was ordered by the gods to push for eternity a big rock uphill only to see it slip out of his hands in the very last moment and roll down the hill once more.

Life is about the pursuit of meaning, which is the primary intrinsic motivation of human beings. Following the ageless wisdom of the ancient Greek philosophers, the good or meaningful life involves the quest for two things: evdemonia, literally meaning “good spirits” but really referring to a deep sense of well-being, inner prosperity, fulfillment, and the best possible condition of being alive1, and logos, translated most frequently, but only loosely, in English today as reason, logic, the word, or, “the meaning.” Importantly, the latter word also has deep spiritual roots, dating back to the pre-Socratic philosophers, which add significantly to its value as a condition for understanding the human quest for meaning.2
All life experiences, both in good times and in challenging times, contribute to our personal sense of evdemonia, whereas only our pleasurable or good experiences contribute to our state of happiness. Viewed through the lens of contemporary western culture, happiness as a state of being has taken on a “hedonistic” quality, much like what has been described earlier in this article. By contrast, authentic happiness in large part is a manifestation of evdemonia, carrying with it deeper meaning, and as such is driven by intrinsic rather than extrinsic motivations.
The Greek concept of logos, moreover, has found its way into popular culture in a number of meaningful ways. Since ancient times, for instance, it has been associated with various spiritual matters, influencing such fields of human inquiry and development as philosophy, theology, and religion.3 It also is a root word of dialogue, a powerful and very meaningful communication process that, more often than not, is much easier said than done. Even though it is common practice to call many different interpersonal communication strategies and techniques as being forms of “dialogue,” in most cases they are not really the same thing.4
In light of the documented references to the origins of logos as “spirit,” the process of authentic dialogue involves more than collective thinking and understanding, although it certainly is a determinant of such a holistic process. Spirit flowing through the participants in true dialogue leads to collective thinking which, in turn, facilitates a common understanding thereby resulting in what we refer to as collective learning. Authentic dialogue, which transcends the Socratic Method per se, enables individuals to acknowledge that they each are part of a greater whole, that they naturally resonate with others within this whole, and that the whole is, indeed, greater than the sum of its various parts.5Dialogic communication, of course, is a popular problem solving and opportunity finding methodology in a wide variety of fields, including psychology. Most practitioners of this approach, however, are unaware of its spiritual underpinnings and restrict their understanding of the logos to the cognitive realm, that is, as being concerned with reason, logic, and meaning. One exception to this way of thinking was the world-renowned psychiatrist and existential philosopher, Viktor E. Frankl, M.D., Ph.D.
A true pioneer of meaning, Dr. Frankl understood the deeper, spiritual interpretation and implications of the common Greek word, logos, when he developed his meaning-centric system of psychotherapy called Logotherapy, known as the “Third Viennese School of Psychotherapy” (the predecessors being the Freudian and Adlerian Schools):

“A psychotherapy which not only recognizes man’s spirit, but actually starts from it may be termed logotherapy. In this connection, logos is intended to signify ‘the spiritual,’ and beyond that, ‘the meaning.’”6

In what he referred to as his “medical ministry,” Frankl, in effect, sought not only to humanize the practice of medicine and, in particular, psychotherapy, but also to spiritualize it.Likewise, Viktor Frankl was a very much concerned about the balance between freedom and responsibility. He warned that freedom threatens to degenerate into mere license and arbitrariness unless it is lived in terms of responsibleness. Although he enjoyed his time in America and admired much about it, Frankl was not shy about criticizing the popular understanding of some cherished American values, such as the notion of freedom. He took exception, for instance, to what appeared to be a commonly accepted view of equating freedom with a license to do virtually anything one wants. To Frankl, freedom without responsibility was an oxymoron.
In many ways, Viktor Frankl’s perspective on what constitutes real freedom (or “liberty” as referred to in the Declaration of Independence) can be traced back to the ageless wisdom of Aristotle and the notion of evdemonia. Living the good life, i.e., the meaningful life, demands that we look beyond ourselves and, importantly, hold ourselves—both individually and collectively—responsible for a greater good. For this reason, Frankl famously espoused that happiness cannot be pursued; instead, “it must ensue and it only does so as the unintended side-effect of one’s dedication to a cause greater than oneself or as the by-product of one’s surrender to a person other than oneself.”7 (Emphasis added) True happiness, therefore, is a by-product of the search for meaning; paradoxically, it is neither an objective nor an end in and of itself.
Perhaps the founders involved in drafting the Declaration of Independence had these deeper concepts in mind when they wrote the words, “Life, Liberty and the pursuit of Happiness.” More than likely, they weren’t referring to what we now refer to as hedonistic happiness, a fleeting emotion and moving target, dictated by things, events, or other people, all external to ourselves. Instead, they most likely had in mind the deeper concept of meaning, combining the pursuit of evdemonia and logos, like that espoused by the ancient Greek philosophers and psychiatrist Viktor Frankl, as the ultimate purpose or end goal of life.
References
1. The Greek word, εὐδαιμονία, is sometimes anglicized as eudaimonia, eudaemonia, or eudemonia even though these forms of the word are phonetically incorrect. More importantly, its interpretation has been closely associated with the emergence of the field of positive psychology and, by extension, the study of “happiness” in postmodern culture. For a detailed explanation of this important concept, see Pattakos, A. & Dundon, E. (2015). The OPA! Way: Finding Joy & Meaning in Everyday Life & Work. Dallas, TX: BenBella Books, Chapter 8, “Engage with Evdemonia.”
2. See Pattakos, A. & Dundon, E. (2017). Prisoners of Our Thoughts: Viktor Frankl’s Principles for Discovering Meaning in Life and Work. Oakland, CA: Berrett-Koeher Publishers, pp. 15-17
3. For example, the Greek word “logos” (λόγος) is explored from the perspective of the pre-Socratic philosopher Heraclitus in Brann, Eva (2011). The Logos of Heraclitus: The First Philosopher of the West on its Most Interesting Term, Philadelphia: Paul Dry Books. Its spiritual underpinnings are examined further in Winston, David (1985). Logos and Mystical Theology in Philo of Alexandria. Cincinnati: Hebrew Union College Press. Its religious implications receive attention in Armstrong, Karen (1993). A History of God: The 4,000-Year Quest of Judaism, Christianity and Islam. New York: Ballantine Books.
More 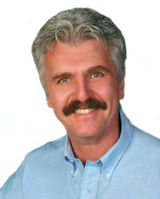 Alex Pattakos, Ph.D., is the coauthor of two books on the human quest for meaning, Prisoners of Our Thoughts and The OPA! Way.
Online:
Global Meaning Institute, TwitteLinkedIn 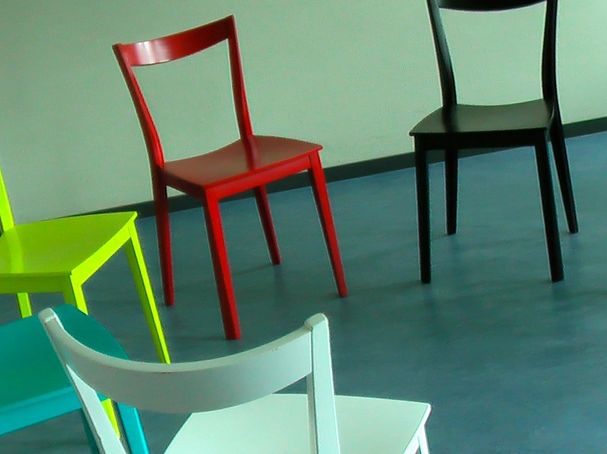 Posted by BLESSYOURHEARTS at 11:29 AM