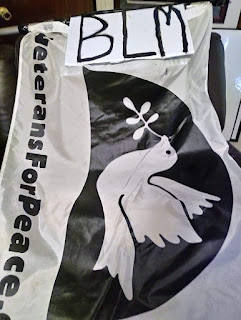 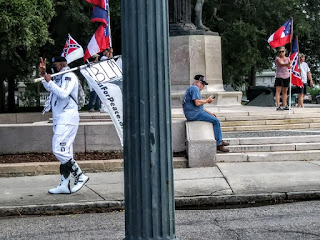 So nice to not be walking alone anymore, Donzell is my new point man, 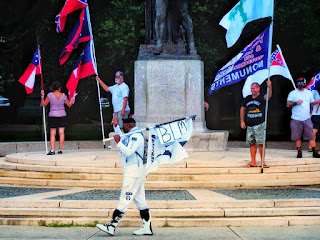 Donzell is a retired E-7 Sgt. 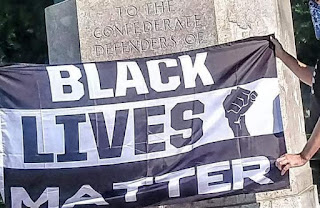 They did not "defend", they OFFENDED Charleston starting war leading to destruction of Charleston. 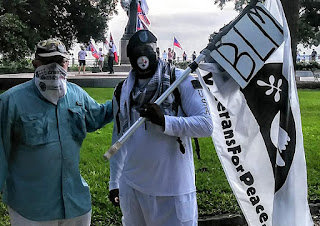 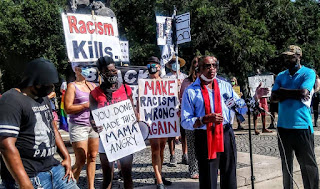 Rev. Thomas Dixon of The Coalition, Justin Hunt in blue, and Erica Cokley with "You
Done made this Mama Angry" She has a non-profit VOICES UNITED.
Hunt is president non-profit call STAND AS ONE. 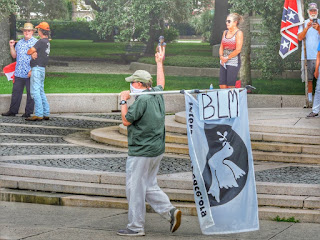 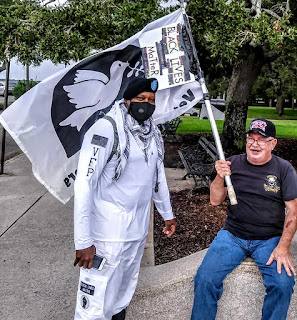 Another Confederate gave that "Con" a hard time for holding our flag while smiling. He was a half Sioux from near Chicago, and was only wearing hat, because he "did not like anyone telling him what to do- identifying with the word "rebel" on the hat. 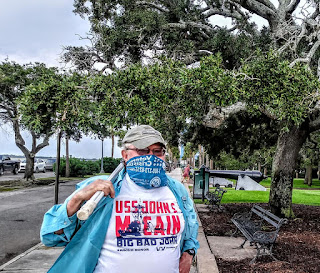 That cannon back there was one that helped start the Civil War fired by Citadel Cadets on Federally occupied Ft. Sumter. 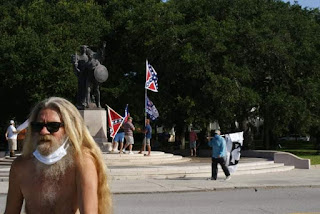 Posted by BLESSYOURHEARTS at 8:13 AM